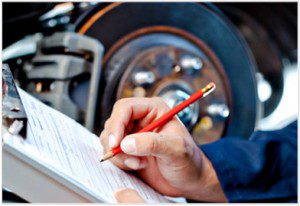 Background of establishment:
In Bangladesh survey & inspection services are not so intimate and competent. In view of playing vigorous services the Chief Executive of the company Mr. Nur Mohammed realized that this sector should be more skilled and classical in manner. So, he has under taken an effort to establish such type of company to facilitate of importers, exporters, consumers, and suppliers over all for the betterment of the people of this territory. In Bangladesh this sector normally observed unskilled and un amiable for ages together, from before of the liberation period of 1971 of Bangladesh till to date. By appointing several higher educated persons including technical expertise as such engineer, chemist, bio-chemist, zoologist, lawyer, training resource persons and consultant we desire to bestow a classic service in this sector to the importers, exporters, suppliers and also consumers of home & abroad. Mr. Nur Mohammed, the ‘Chief Executive’ of the company realized that if this sector be developed our country will gain much foreign currency every day and the economy of the country will be uplifted soon. There are huge educated, semi educated and uneducated youths here, they do get job for their livelihood. In our company there will be many scopes for work for that people. By this how they will be benefited, their families will be benefited; over all the country will be benefited / developed.
If the country men get job and be solvent by earning money they will not be engaged in any misdeed/violence/terrorism. In this way the social stability will be achieved and the human society will be kept into peace.
In view of above spirits, situations and norms this company has been established by the several conscious, educated, decent, social elites, amiable and respectful persons (With Mr. Monjur Rahman Managing Partner of the company) have taken up a decision through a long negotiation held on 1st January, 1990 to establish a company namely “GREEN INSPECTION SERVICES”. This company has launched it’s working from 15 January 1990. Now it has been working with full emphatic curiosity with a branch office at Chittagong port city & Mongla Port City, as well as land port Benapole & Bhomra.